Today’s unveiling of a new female companion for the Doctor also marks the launch of Feistywatch.

Those of you familiar with Doc’s blog may recall his shocking exposé in pre-Diddly Dum days of how the BBC is incapable of letting a female companion go by without heralding her at some point as “feisty”.

Doc’s original searing exposé stopped at Amy but here are just a few examples of Clara getting the “feisty” treatment, all either from the BBC or put into Jenna Coleman’s mouth by the BBC:

Coleman said her character was “mysterious” and “very down to earth, but feisty and curious too”. (The Sun)

Jenna-Louise Coleman has described her character Clara as “feisty”, marking her down as “a mysterious one” (Daily  Mail)

Jenna-Louise Coleman has said that she plans to bring a ‘feisty’ edge to her role as Doctor Who’s new companion Clara. (www.whatsontv.co.uk)
Clara will be missed by the Doctor, by Rigsy, maybe even by Ashildr and certainly by the many whose lives she touched. But Clara Oswald, the funny, feisty, heroic and human Impossible Girl, will be missed most keenly by us. (www.bbc.co.uk)

The first person who brings us an example of new companion, Bill, being described as “feisty” by any arm of the BBC or by Pearl Mackie herself will win a Golden Ticket. 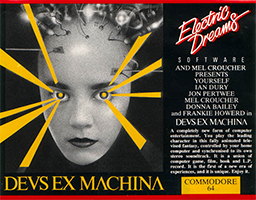 On our recent Podcast #007 (Failed Alien Holidays), we read out a great email from friend of the show, Kevin, who lurks like some stainless steel rat in the futuristic wainscoting of Twitter behind the facade of @livewire1221.

“Back in 1984, the ZX Spectrum was THE home computer of choice. Yes it only had 48K memory and could only display 256 colours, but those limitations helped produce some of the most innovative and ground breaking games ever.

At the forefront of this innovation was Automata, run by the guru’s guru Mel Croucher (Hugo Rune had nothing on this guy). My friends and I were Croucher’s “acolytes”, I guess, becoming friendly with him at his regular appearances at the Ally Pally computer fairs in the 80’s.

Automata had already produced “PiMania”, the first ever real life treasure hunt computer game with a prize of £6,000. But now they released their magnum opus – “Deus Ex Machina”.

Telling the epic multi-stage story of an accidental artificial life form in a Big Brother-esque 1994, it was loosely based on Shakespeare’s Seven Ages Of Man as you guided the life form from birth to death.

Its unique factor however was that it came with a complete synchronised music sound-track with voice-overs and singing from Ian Dury, Frankie Howerd, and one Jon Pertwee…”

Kevin very kindly sent us some audiofiles of Jon’s voiceovers on the game which we include below. We can’t quite picture them coupled with Lara Croft’s outrageously provocative grunting as she pulls herself up onto a block of concrete but autre pays autre moeurs.

Audio file 1 – The Seven Ages of Man (updated for 1994) which is then peppered throughout the game as you play each stage.

Audio file 2 – Another Shakespearian piece from the end of the game.

Audio file 3 – The opening sequence of the game.

The trail of thematic clues has been leading up to this point all week like a Begonia Pope scarf unravelled along the TARDIS corridors by a newly regenerated Doctor.

Tonight, at the stroke of the midnight(ish) hour, while fandom sleeps, Episode 7 of the Diddly Dum Podcast will awake on iTunes.

Where have the Diddly-Dumbers travelled to this week in their tour of iconic drinking establishments from Doctor Who lore? Come with us as we use the medium of late 1970s comic strips to show them setting off on their journey.

(all art as ever by our own The Rev) 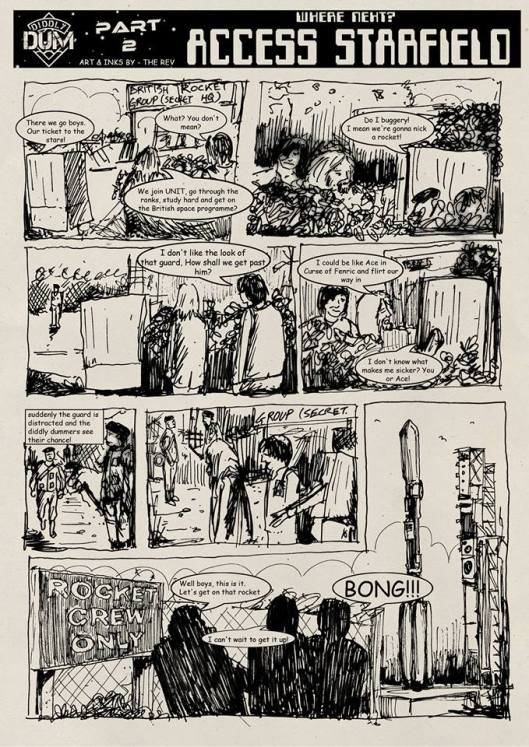 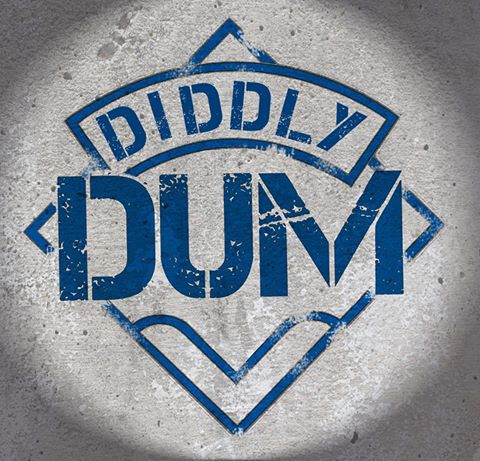 Welcome to the blog of The Diddly Dum Podcast. A project by three Doctor Who fans who, having listened to many of the other Doctor Who podcasts out there, finally decided: we can do much worse than those if we really put our minds to it.

So, please enjoy or curse our coming efforts but, whatever you do, always remember one thing – it is forbidden to dump bodies in the river.